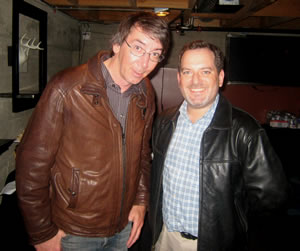 The Game Developers Conference has come to an end and I’ve put together a fantastic roundtable to recap the show.

On the show I have Brent Lassi from VirginWorlds.com, Michael Zenke from Slashdot and Massively.com, and Michael Gordon Shapiro from MikeMusic.com (and the man responsible for the Gaming Steve theme song).

Mike even sings a bit of his theme song on the show … something to behold. Enjoy!