You are viewing all posts published for the month of January, 2008. If you still can't find what you are looking for, try searching using the form at the right upper corner of the page. 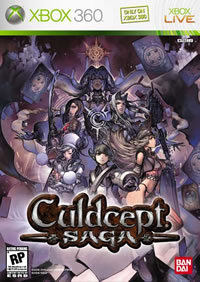 The first new show of 2008 and it’s a fun one! This week I have Nobu Taguchi from Namco Bandai Games on the show to chat about the very cool Culdcept Saga. And make sure to check out this week’s Show Mail where I’m giving out four free copies of Culdcept Saga! Enjoy the show! Gaming Steve Episode 68 Program