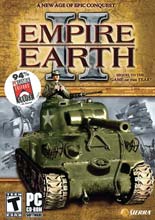 Hey all, this week we have an “extra special episode” of Gaming Steve where I interview Michael G. Shapiro, the music composer for the newly released Empire Earth II. In addition you’ll find:

Get the podcast from this page (77 minutes): Gaming Steve Episode 10.