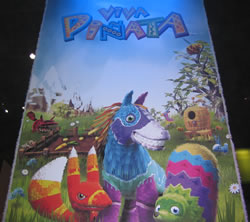 It’s only day two of E3 and today I have a dynamite show! Not only do I co-host the show with World of Warcraft Senior Level Designer John Staats, not only do give you a blow-by-blow description of my Spore experience (along with a dozen other games), but I managed to score an interview with Shane Kim, GM of Microsoft Game Studios. All of this and it’s only day two of E3. This is one for the record books. Enjoy! Gaming Steve Episode 52 Program