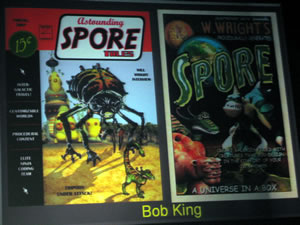 Today was “Spore Day” at GDC with four different talks concerning Spore, and I was at every single one of them. But just how much new information was revealed during these talks? And what new revelations did Satoru Iwata reveal about the Revolution? This and more on today’s show! Oh yes, and once again I share the mic, today with John Callaham from FiringSquad. Enjoy! Gaming Steve Episode 45 Program